• Fisher House at San Antonio Veterans Administration Hospital opened in the summer of 2012 to treat the most severely wounded from the wars in Iraq and Afghanistan. Our donation to Fisher House San Antonio was $50,000. Bringing honor and recognition to all branches of the Armed Forces is one of the central programs of the MCVA. Each year the MCVA has gifted over $200,000 of tokens with patriotic messages and emblems to tens of thousands of donors.

• The MCVA supports the Marine Corps Association Foundation, publishers of the Leatherneck magazine. Our donations provide Leatherneck and Marine Corps Gazette magazines to convalescing soldiers and Marines at veterans’ hospitals all over the world throughout the year. We are the sole contributor to this program, with donations totaling more than $50,000.

• MCVA issued an $8,000 donation to the Montfort Point Marines in honor of their service to America during WWII.

• We are proud to be a sponsor and a participant in the Annual Cinema City International Film Festival at the Hyatt Regency Century Plaza Hotel in Los Angeles. The MCVA sponsors all- expenses paid trips for Combat Veterans and their guests. It is our way of saying “Thank You” to these veterans, all of whom were severely injured while serving our country in Iraq or Afghanistan.

• The MCVA has made donations to the Veterans Memorial Golf Tournament in Concord, California. The tournament has raised over $116,000 for the Polytrauma Unit in Palo Alto, California. At the Polytrauma Unit, the Association has paid for the “Friday Night Dinners” for the patients suffering from brain injuries sustained in combat in Iraq and Afghanistan, as well as meals for their families.

• We have supported the Pathway Home, located at the VA hospital in Yountville, California. Our donations have helped this program which aids returning veterans suffering from post-traumatic stress disorder. Government reports indicate that 1 in 3 of all returning veterans are impacted by PTSD, and that 21 veterans commit suicide each day.

Assistance Program grants to the following posts and detachments. 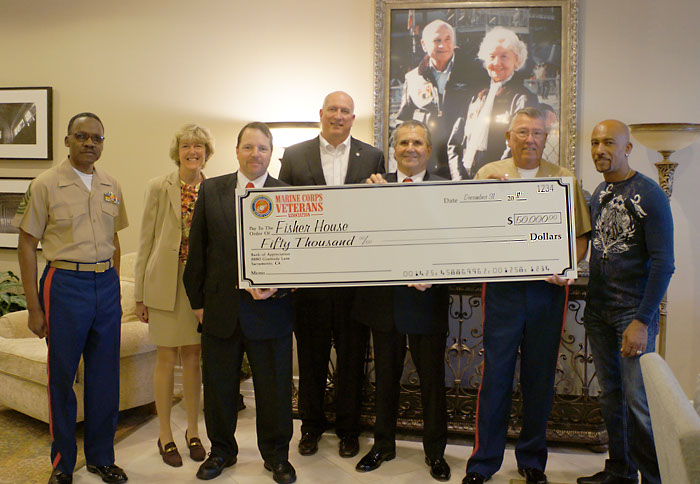 © 2019 by the Marine Corps Veterans Association • Photos courtesy of USMC